Rice County and the Gunflint Trail 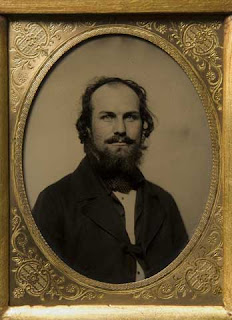 We received a call recently from a researcher who was looking into the history of the Gunflint Trail in northern Minnesota.  While doing her research she found some curious connections to a Michael Cook who was from Faribault, MN.  She asked if we could provide information on when exactly he lived here, which houses he participated in constructing during that time (her research had uncovered he was a carpenter), and if which, if any, of those houses were still standing.


Needless to say this was a pretty challenging, although not that a-typical. Some information we already knew.  The Faribault GAR post (Grand Army of the Republic, precursor to the American Legion) was the Michael J. Cook Post.  We knew he was a carpenter and had fought during the Civil War, but that he was connected to the Gunflint Trail or Northern Minnesota was news.
One of the best parts of working here is that when a question comes up that is this surprising and challenging, we all start working to solve this mystery.  Like a finely tuned orchestra we all started to dig in.  Jean to the research files, Pat to the photos, and I went to the Internet.

As is always the case when doing history research, it isn't fair to say this is "new" information.  It is just that is was new to us.  Despite having worked with Rice County for over 20 years, I am the first to admit that the more I know, the more I realize I have to learn.  Such was the case today with this query.


Here are our findings: 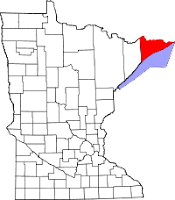 As we said to the researcher, although we can be sure he was here at the time that Faribault became a city (1855) and helped to build many of the first homes, he was not the contractor, architect, or developer so we can not definitively give her a list.
Yet, how cool is that?   It make me wonder what other connections we can make to place names around the state.
Posted by Rice County Historical Society at 8:35 AM No comments: