BRUCE SMITH:  This piece ran on KARE 11 on 12/7/11 to commemorate the 70th Anniversary of the Bombing of Pearl Harbor. 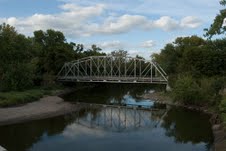 The Waterford Iron Bridge was constructed in 1909 by the Hennepin Bridge Company. The funding was provided by  Dakota County and Waterford Township.  Project management included an unusual twist in the funding and contracting process. In the past (early 1900's) the County would provide the funding to the townships FIRST, and then the township would schedule the project. This resulted in many projects not being completed, as the Townships or Cities would spend the funding on other things rather than undertaking or completing the funded project. To  prevent this with the Waterford Bridge project, the Dakota County surveyor was selected to design the bridge and the County would choose the contractor, with the Township providing the funding in advance for the project.
The design developed by Charles Forbes was innovative for it's time, as it incorporated the "hot weld" method of bolts and a "through" truss design called "camel back". Testament to the design and construction techniques is the fact that the bridge was continuous use from 1909-2009 for vehicle traffic. It is one of the last standing of it's type, and to the best of our knowledge the only one still in use.
Now, and moving forward, with additional repair work the bridge will continue to serve the Township as a pedestrian bridge for many years to come. Floods have proven to be a challenge, repairs to one of the abutments were done in the early 1980's after being it was damaged by flood waters. Although, the 2010 flood waters reached the very bottom of the bridge, the bridge did not suffer damage. But the bridge does need help.
Bridge Future
Waterford Township has maintained this bridge for the past 100 years and will continue to do so. We will work toward providing a safe pedestrian bridge for hikers from the Carleton Arboretum or bicyclists from the local area
Bridge Contest
American Express and the National Trust for Historic Preservation have chosen 25 historic places in the Twin Cites area to participate in  Partners in Preservation, a philanthropic program that encourages members of the community to vote on Facebook for the local historic places the communicty  wants to see preservation funding used for.
We can support Waterford Township, beginning September 20th, 2011 and continuing through October 12, 2011 by going to Partners inPreservation on Facebook. At the Partners in Preservation site, there  will a list of the 25 historic sites that are competing for the grants from American Express. Click on the “Waterford Iron Bridge” and your vote will be counted! You can vote once a day, every day till the 12th of October!. Have no fears about voting daily, this is not a poll, but about measuring the intensity of support, and nothing says” this is the one” more than your daily vote!
Once the voting concludes, the historic place with the most votes is guaranteed its full grant request, then the rest of the million dollars will be awarded by American Express, National Historic Trust for Preservation and local civic and community leaders will determine how the rest of the million dollars will be awarded.
For more information find  us on Twitter at WaterfordBridg1, or  contact Liz Messner  507.581.9067   lmessner@rconnect.com or Janalee Cooper 507.202.0702  janaleejcooper@gmail.com
Posted by Rice County Historical Society at 1:03 PM 2 comments:

Loren Dahle of Morristown began volunteering eight years ago for the Rice County Historical Society after he became a RCHS board member representing the Morristown Historical Society chapter.
For many years he was a farmer and milked cows. Then, he earned an associate degree in food inspection and manufacturing from the former University of Minnesota, Waseca, a college that specialized in offering various agricultural-related degrees.
After receiving his associated degree, Dahle was hired by Beatrice Cheese to be the field man for the former Treasure Cave Blue Cheese plant in Faribault. He worked with suppliers of milk to the plant to assure quality milk being delivered to the plant. He held the position until the Faribault plant closed in the mid-1990s and production of Treasure Cave Blue Cheese was shifted to Wisconsin.   Today he is retired, and the cropland on his family’s farm north of Morristown, rented out.
Dahle is vice president of the Morristown Historical Society. He also serves as secretary for the RCHS Board, on the RCHS’s buildings and grounds committee, and as a member of that committee, volunteers for many hours for projects helping maintain the society’s buildings and grounds around them.
Dahle’s passion is the Morristown Feed Mill, which is open for tours during the community’s annual Dam Days Festival. He helps keep the grind stone working so grain can be ground in the old mill as a demonstration to children of today as to how small town feed mills used to operate. The mill’s stone is turn by a recreated water-wheel that uses water from the Cannon River.
Anyone interested in volunteering to help the Rice County Historical Society can call the museum at 507-332-2121.
Posted by Rice County Historical Society at 11:04 AM No comments:

Email ThisBlogThis!Share to TwitterShare to FacebookShare to Pinterest
Labels: Volunteers

In accessioning our photographs, we often come across photos that are unlabeled. Can you help us identify any of these photos?  (Click on each image for a larger view.)
The following 4 photos (and the one above) are of an unknown church and came with the 2003.58 accession. Can you recognize the church? Where is it?

The following photo may be from the Faribault Regional Center, but we are not sure. It came from the 197?.01 accession.
﻿ 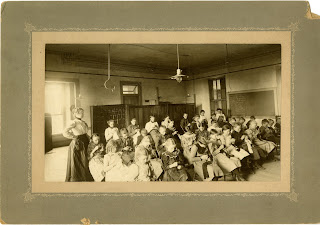 ﻿
This may be the Morristown Barber Shop. Do you know for sure? It came from the 199?.13 accession. 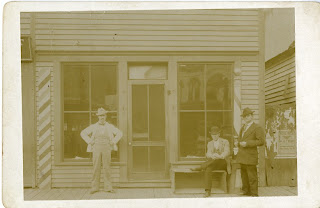 Is this a school or confirmation class? Is it at the west entrance of the Faribault Junior High School? It also came from the 199?.13 accession. 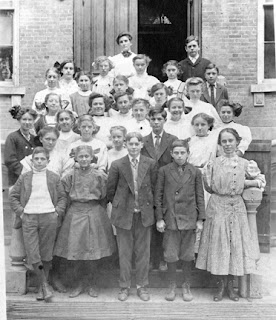 Does anybody know who this man is? 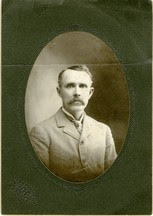 Posted by Rice County Historical Society at 9:02 AM No comments: 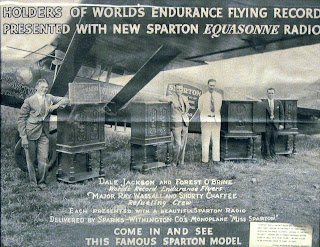 In preparation for giving a program on Dale "Red" Jackson at the Faribault Rotary club this Wednesday at noon, I wandered around the Internet looking for any additional visual images I could use for the PowerPoint. Several years ago when I'd first pulled together visuals for our exhibit on Red I had stumbled upon a very grainy (and wildly expensive) clip of he and his partner, Forest O'Brine. As is listed below the clip, "'St Louis Robin' aircraft welcomed by crowds after record-breaking endurance flight (420 hours) by Forrest O'Brine and Dale 'Red' Jackson." This was filmed July 1929.

We'd love to purchase this but as of the writing of this quick blog, it was listed as £816.00 or $1,333. As wonderful as this clip is, that price is a bit steep. I first located the link before we were technologically connected here at the museum but now that we have the platform, I thought it might be fun to share it with you. I hope you enjoy it. (note: No need to turn up your volume, it is silent.)

Unidentified Photos in a New Collection

We recently accepted a collection of images and books into the Rice County Historical Society Collection. Four of the images, however, were not identified. The donor was certain, however, they had some kind of Rice County connection.

Can you help us identify them? 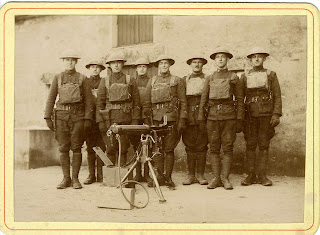 Group of soldiers, probably from World War I...but who are they? 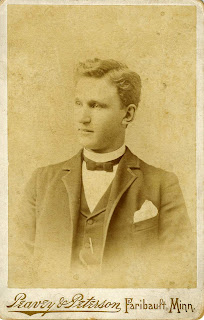 This photo was taken in 1878 in Faribault, but who is he? 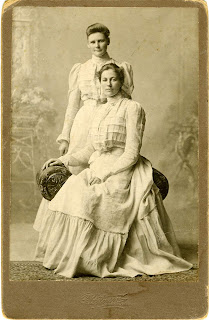 Two beautiful Faribault women...who are they? 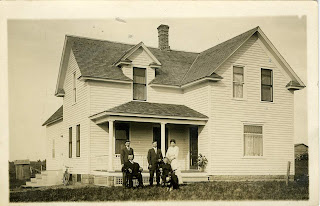 This home is believed to be in Rice County. Do you recognize it?
Posted by Rice County Historical Society at 10:37 AM No comments: 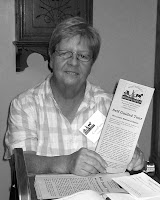 Carol Ponto began volunteering five years ago for the Rice County Historical Society when someone was sought who would be willing to clean the museum. She has been a faithful volunteer ever since, cleaning at not only the society’s museum, but she elps out with periodic house cleaning at the historic 1853 Alexander Faribault House as well.
She began volunteering after she retired because she had the time to give to a good cause, and decided the RCHS was a good organization to help out.
”The museum has always been of interest to me. I volunteer at several other places, too, but enjoy helping out at the museum a lot,” Ponto said.
She helps with schoolchildren tours, too, during the spring field trip season to the museum.
”What I like best about volunteering is meeting children n and adults who visit the museum and its other buildings,” she said. “I always enjoy the people.”
Ponto worked as an educational assistant with the public schools, and prior to that, held several jobs related to automobiles. Her big interest is history, especially reading about British history and watching history programs on television.
Anyone interested in volunteering to help the Rice County Historical Society can call the museum at 507-332-2121.
Posted by Rice County Historical Society at 11:01 AM No comments: